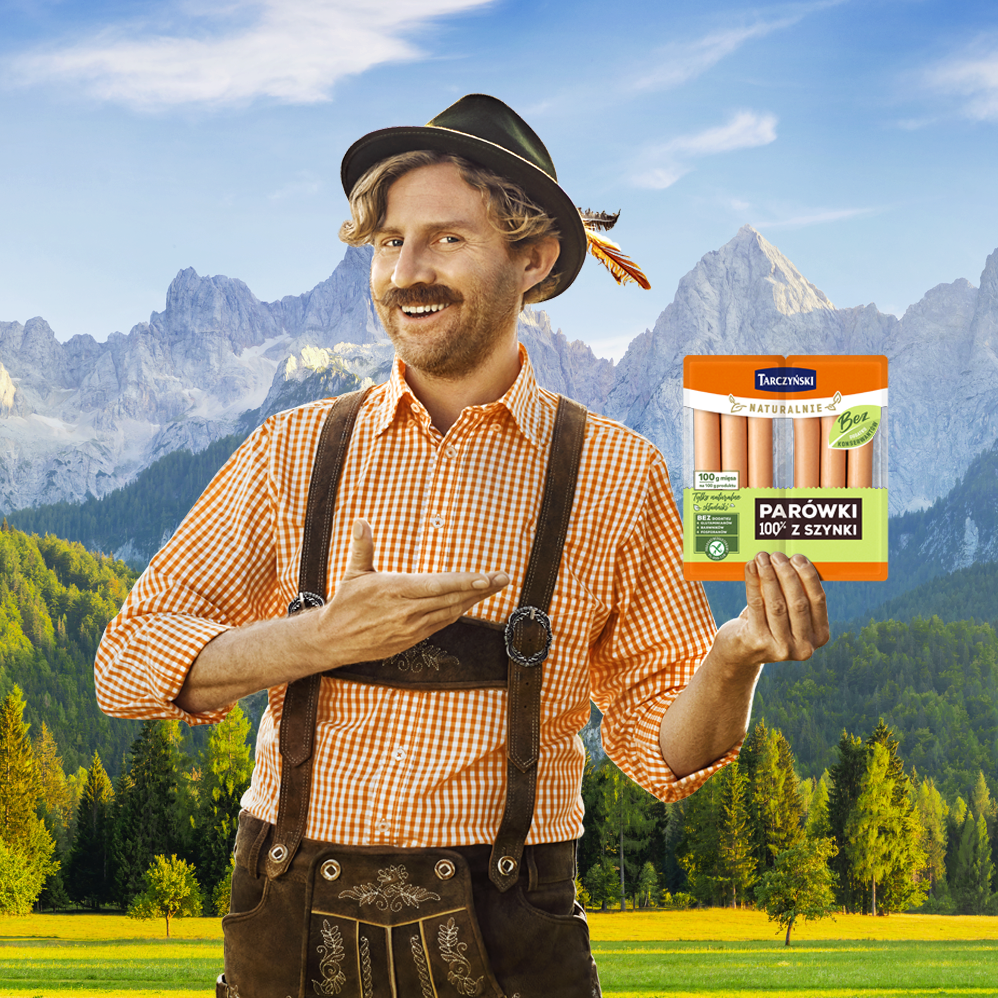 The largest Tarczyński brand advertising campaign of the year has been launched, aimed at promoting the Tarczyński Naturalnie line, with its flagship product of frankfurters from 100% pork. The 30-second spot and its shorts referring to the international nature of the brand can be seen on the largest TV channels in Poland. This time the thematic axis is Germany and Bavaria, which reflect the natural character of the products, which stand out due to their simple, completely natural composition.

The main goal of the latest Tarczyński S.A. ad is to create awareness of the Tarczyński Naturalnie line and 100% pork frankfurters – a product created solely from natural ingredients with no added preservatives.

The entire campaign is oriented towards a communications platform based on the international motif which was noticeable in the company’s earlier products, simultaneously stressing its international character and instilling pride in a Polish product in the world. The company is, after all, active in nearly 30 countries on 4 continents.

Many consider them the world’s most natural frankfurters

The action in the ad takes place in Bavaria, which reflects the naturalness which is key to Tarczyński S.A.’s autumn campaign. The heroes are Poles staying in the Alps, who recommend a family of Bavarians try Naturalnie frankfurters, which many consider to be the world’s most natural frankfurters.

“We are focussing on the naturalness of the products and on creating healthy dietary habits, in line with the brand’s concept of ‘Eat better, live better’. Poles are increasingly paying attention to the quality of their meals, particularly breakfasts. This is due not only to their attitudes, but also a conscious lifestyle. We believe that through our products and nationwide campaigns we will inspire people to eat wisely in order to change their lives for the better, which is our company’s mission,” says Tomasz Tarczyńsk Marketing Director at Tarczyński S.A.

The ad will be broadcast on the main TV channels as well as on thematic networks and VOD channels. The campaign will also be supported by multimedia communication online and in cinemas, POS materials and advertisements in the trade press. The actions will also be accompanied by trade marketing activities aimed at creating eyecatching displays at sales points.