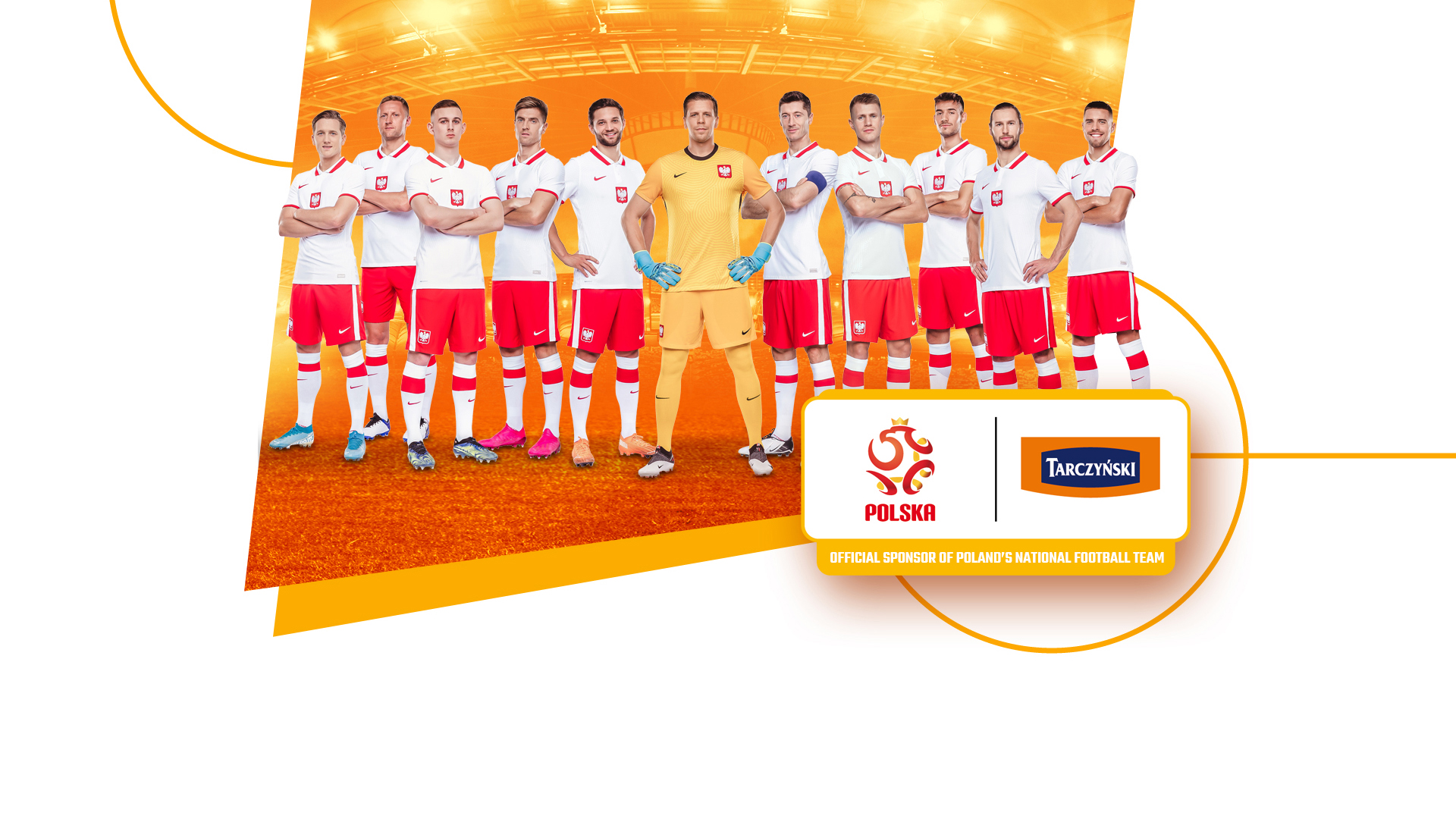 The Poland football team has a new sponsor. It is now Tarczyński – leader on the kabanos market and Poland’s no.1 packaged cold cut brand. The contract was signed for 2 years, with the possibility to extend it. The agreement includes giving the brand’s products the title of “Official Snack of Poland’s National Football Team”.

A family firm with business and sporting aspirations

The new sponsor is one of the major family firms in Poland, and has been closely connected with the world of sport for years. The clubs it supports include an American sports club – Panthers Wrocław (the best in Poland and one of the best in Europe). Since November 2021 it has also sponsored the eponymous Wrocław stadium – Tarczyński Arena.

“Privately we’re been huge sports fans for years, which is why its such a big part of our brand’s activity. I played football myself years ago, and my wife was a PE teacher. Meanwhile our sons infected us with their passion for American football. Today I can proudly say that we are investing in the development of players, clubs and entire disciplines, while supporting our strategic business activity in Poland and abroad. I’m glad that the brand which I’ve been expanding together with my wife for over 30 years has become the sponsor of the Polish team, which is a national asset, and our flagship product is their Official Snack. I believe that Tarczyński kabanos will be an inseparable part of supporting the Red and Whites,” says Jacek Tarczyński, founder and Chairman of the Management Board at Tarczyński S.A.

“As the Polish Football Association, we are pleased to be collaborating with Tarczyński, and would like to give them a warm welcome to our footballing family. The contract signed provides the federation and the national team with another injection of positive energy before the upcoming World Cup in Qatar. There is no doubt that the new sponsor who has appeared among our ranks before this historic championship will benefit from the previously unknown possibilities for development provided by sponsoring the country’s most popular sports team. I firmly believe that the visible advertisements and status of partner of the Polish national team will strengthen the company’s market position, and the awareness of millions of fans sitting down faithfully to watch each match will be associated with beautiful victories and great successes for the Red and Whites,”  says Cezary Kulesza, president of the Polish Football Association.

The agreement signed in September provides for Tarczyński kabanos receiving the title of “Official Snack of Poland’s National Football Team”. Products with the new branding will appear both in Poland and in vital export markets for the brand as early as October.

In addition, the Tarczyński logo will be placed on band advertising and sponsor walls, and the Official Snack will be present in the key communication channels of the Polish Representation. The brand will thus appear in international broadcasts of the matches will be watched by up to 16.5m Poles on TV.

Tarczyński will also be the titular sponsor of the “Gramy dla Polski” (“We Play for Poland”) programme, which aims to seek out young talent as potential candidates to play in the Polish youth squads abroad.

“As the official sponsor, we want to support not only the team itself, but also ambitious young talents. I am convinced that thanks to this type of initiative, many potential opportunities open will open up for Polish players living abroad, and together we will be able to support them in achieving international success” says Elżbieta Tarczyńska, founder and member of the Supervisory Board at Tarczyński S.A.

The contract is valid from September 2022 until 31 July 2024, with the possibility to extend it by another two years. During this time the squad will take part in tournaments including the 2022 World Cup.